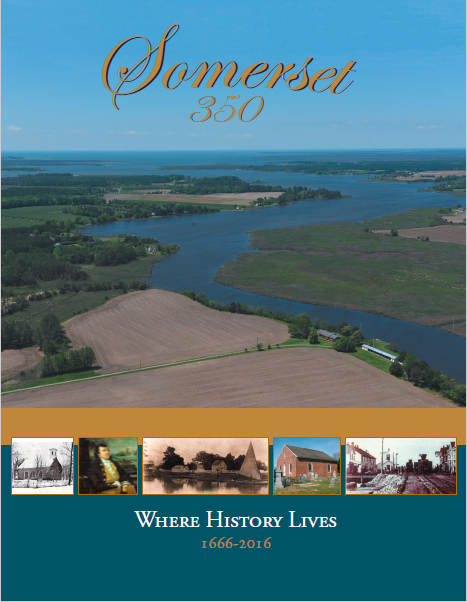 Somerset County is an area rich in Eastern Shore and Maryland history, boasting more historic buildings and sites per capita than any other county in Maryland. Vividly reflecting the past are a wealth of surviving eighteenth and nineteenth century plantations, farm and town dwellings, churches, and agricultural buildings.
Established August 22, 1666 by Cecil Calvert, the second Lord Baltimore, Somerset County was named in honor of his wife's sister, Lady Mary Somerset. As originally conceived, Somerset County stretched from the bayside to the seaside and from the Virginia line to the Nanticoke River, encompassing what is now the three lower Shore counties as well as a part of southern Delaware. Seventy-six years after its original creation, Somerset was divided in half, with the seaboard side established as Worcester County in 1742. Princess Anne, founded in 1733, was declared the new county seat of Somerset in 1744. In 1867 a portion of Somerset and a section of Worcester County were partitioned to create Wicomico County.

The shared history of the three lower Shore counties offers an interesting background for the modern day pilgrim to explore Somerset County with its level fields, extensive marshes and miles of slow moving tidal tributaries emptying into Chesapeake Bay.

In 2016, we celebrated 350 years with anniversary party at the Long Athletic Complex in Westover.  Click on the image for a PDF copy of the commemorative booklet created for the occasion.